The Pet Role Trust is a registered Charity 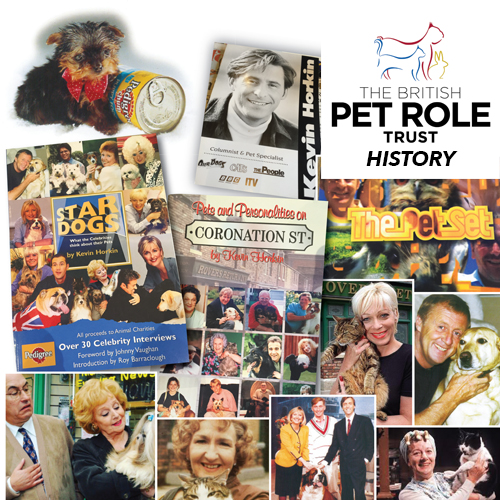 The Pet Role Trust was established against the background of the Public debate surrounding the Dangerous Dogs Act introduced by the then Home Secretary, Kenneth Baker. The controversial aspects of the dangerous Dogs Act 1991 or the Baker Bill as it became known related to the intention to have American Pit Bull Terriers "humanely destroyed" in other words "put to sleep".

Kevin launched a campaign of national publicity in the press and on Radio and TV against the so called "canine euthanasia" clauses of the bill. The intention was to seek to phase out so called fighting breeds. The canine euthanasia provisions of the proposed Bill were described by Kevin as "over the top measures", "outrageous legislation", "mass destruction of sections of the canine world" and "nothing short of canine genocide.

Kevin organised a march on Parliament. [He received over 12,000 Letters from the General Public and set up a 24 Hour Telephone Hotline to deal with calls from animal lovers concerned about the bill and who wanted to take part in the march.

Protestors were told they could not march on parliament by the police who said it was illegal to hold a march within one miles distance of parliament. Kevin announced in the media that the protestors should still go to London on Tuesday 04th June 1991 as Kenneth Baker was presenting the Bill himself in the Commons. Instead Kevin organised a mass lobby of MPs by writing to all MPs protesting against the Prevention of the march.

The mass lobby meeting was attended by 620 people. It was argued at the meeting that what the government was proposing was "canine racism" because many different types of dog attacked people not just pit bull terriers.

Kevin addressed the meeting arguing that:

"The common factor is not the pit bull but irresponsible dog ownership. More often than not a child has been left alone to play with the dog or the dog has been provoked. I must stress that it is rarely the fault of the dog but always of the irresponsible owners who will just move on to another breed and abuse it in the same way."

The meeting was attended by 40 MPs including Ken Hargreaves Horkin's local MP and 60 journalists.

In the press throughout that week Kevin had argued that there were several alternatives to humane destruction including: the neutering of pit bulls, muzzling in public, the introduction of a dangerous dog license and a national dog registration scheme and harsher penalties for non-compliance..

Kevin stated in the Daily Telegraph the day the mass lobby was held, "Mr Baker has got it all wrong. What we need is responsible ownership not persecution, owners by law should be forced to have a license". He argued that without a registration scheme it was impossible to know how many pit bull terriers there were in the country. Kevin argued that it was impossible to put them all to sleep. He asked how the ban on pit bulls would be imposed and who would police it?

Within 24 hours of the mass lobby the euthanasia provision of the bill were abandoned.